Study reveals ‘severity’ of tinnitus can be related to emotional processing 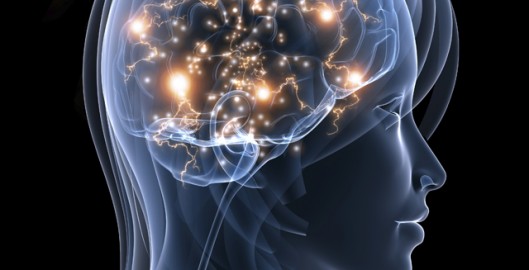 A recent study at the University of Illinois has looked further into the experience of tinnitus starting with the brain, looking more closely into how the brain processes emotions in two groups of people – those with tinnitus and those without.

The research took a closer look into the reasons why some people who experience tinnitus respond differently to others with tinnitus. For example, some people can experience high levels of distress and anxiety when experiencing tinnitus whilst others are able to mostly ignore it and remain calm. The variety of experiences has led to this research and it seems the disparity can actually be explained.

The outcomes of this research could have a significant impact on the development of tinnitus treatments and therapies.

Tinnitus, often described a ringing or buzzing in the ear, can be difficult to live with and often causes symptoms of stress, anxiety, depression, insomnia and mood swings. However, some people experiencing this report no ill-effects in their day-to-day lives and describe tinnitus as “no big deal”.

Tinnitus is not a disease in itself but rather a symptom of another health condition such as noise exposure, ototoxic medications or trauma. It is a perception of sound when no sound is present, a perception which is handled by the brain.

During the study, a mixture of positive, negative and neutral emotional sounds were played to people without tinnitus and to people who experienced varying levels of tinnitus. These sounds varied from children laughing, babies crying and the sound of a water bottle opening.

Functional MRI scans showed that people experiencing tinnitus were engaging different areas of their brain, compared to those without. Researchers then went on to compare the brain activity of only those participants experiencing tinnitus, comparing the various severity levels of tinnitus.

The severity of tinnitus is based on the level of distress experienced by the individual, mainly explained by how well patients adjust to the ringing in their ears.

This could have large implications on treatments and therapies for tinnitus, for which there is no cure.

What does this mean for tinnitus?

Tinnitus is experienced by millions worldwide, with a reported 25 million people in the US reporting tinnitus symptoms lasting a minimum of 5 minutes in the previous year. Given that there is no cure for tinnitus, this study is especially important to improve the treatments and therapies available that can reduce the severity of the condition.

The study revealed that those with less severe tinnitus (meaning those which were experiencing less tinnitus stress) were using the part of the brain usually used for impulse control, attention and planning. This could suggest that the practice of mind control and focused attention could help to reduce the stress of tinnitus.

Cubex have been employing the use of yoga and mindfulness based cognitive therapy as part of their individualised treatment plans supporting patients with tinnitus. These practices are essential for contributing to a healthy and happy brain and have already been helping some patients to reduce the severity of their tinnitus.

The results of this study will inform many other modern treatments for tinnitus similar to mindful breathing, focusing on the brain and the perception of sound to reduce the impact of the condition.

To speak with an audiologist about tinnitus and the current treatments and therapies available to manage tinnitus, contact Cubex.