Researchers use pupillometry to measure listening effort for the first time 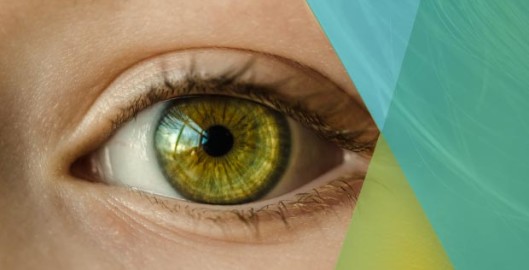 Oticon and the Eriksholm Research Centre have been able to measure the level of stress someone experiences when hearing in noisy environments using Pupillometry. Listening in a noisy room can be difficult for everyone and a bigger problem for those with hearing loss. The ability to measure cognitive load in different environments could improve the lives of millions of people with hearing loss.

How hard does your brain have to work in order to listen?

Hearing aid technology has already advanced significantly by removing the noise so the listener can focus on the speaker.  How well the listener can hear with hearing aids is already measured using speech intelligibility; the ability to understand the words spoken in a sentence. This method has already improved speech understanding for people with hearing loss to the 95-100% range, meaning the speaker can be heard even in a noisy environment.

Pupillary responses can reflect the activation of the part of the brain responsible for cognitive tasks. Greater pupil dilation has been associated with an increased level of processing in the brain; cognitive load. For the first time, Pupillometry has been used to measure the cognitive load of those with hearing loss, attempting to listen to speech in a variety of environments.

What were the results?

Simply speaking, the more challenging a task, the more the pupil dilates in direct response to an increase in cognitive load.  When we pay attention to sound, the muscles in the eyes contract and release based on listening effort.

Oticon is the first hearing aid manufacturer to use pupillometry to measure how effective their hearing aid technology is. They measured the pupil dilation of people wearing the new Oticon Opn™, compared with the older Alta2 Pro hearing aids. Users wearing the Opn™ hearing aid seemed to have a 20% deduction in listening effort when trying to understand speech while others are speaking.

“In our research, we showed how pupillometry could be used to measure strain on the brain’s processing power when trying to understand speech. The results of our research allowed Oticon, for the first time, to measure how breakthrough technology in our new Oticon Opn™ hearing aid not only reduces listening effort, it allows people to save energy so they can recall more of the conversation.” said Thomas Behrens, Head of Audiology and Director for the Centre for Applied Audiology Research at Oticon’s global headquarters in Denmark.

If you would like to learn more, get your hearing tested or just speak to one of our audiologists, get in touch.

Ask us a question >