A word in your ear 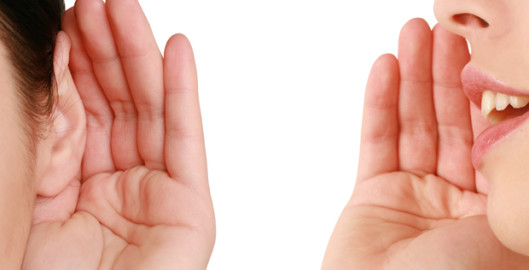 “The biggest misconception people have about hearing impairment is that the hearing aid is the solution,” says Adam Shulberg, managing director of Cubex. “The important thing to understand with hearing loss is that it is a communication disorder. And as such it doesn’t just affect the person, but their friends, family and everybody surrounding them. So we believe it is vital to involve those people at the outset.”

This approach sums up the way that Cubex has been approaching the task of helping people with hearing issues since it was set up by Adam’s father Monty over 40 years ago. While the word ‘audiologist’ will not be familiar to many people, the services they offer most definitely will be.

“Audiology is a very broad field covering diagnostics, treatment and rehabilitation of hearing impairment issues,” Adam explains. “The kind of audiology people will be familiar with is the high street private hearing aid audiologist. They can examine ears in a fairly rudimentary way, and prescribe and fit hearing aids, and provide a certain amount of follow-up service.”

By contrast, the way that Cubex works is firmly based around this central belief that its focus should be upon communication rather than just hearing.

The first time a patient comes to see us we spend a good hour to 90 minutes interviewing them, and if possible a relative or a significant other as well” explains Adam.

“We really explore from the outset the way their communication disorder impacts on them and those around them—how it makes them feel, how it makes the family feel.”

Hearing impairment can often lead to people disengaging, such is the stress involved in trying to communicate. They might begin to say things like, “I’m not going to go down to the social club this week because people don’t speak clearly,” or “I’m not going to go to church this Sunday, because the vicar doesn’t speak properly anymore.” As their lives become narrower and narrower, they become increasingly socially isolated.

Cubex sets out to break this downward spiral. “We build a plan that we think will increase their ability to communicate,” says Adam. “One of the ways this approach manifests itself is in the fact that we use speech audiometry in making our assessments. Most audiologists test using pure tones—asking people to press a button when they hear the beep. That test has been around for 100 years. In my view, using it in the 21st century is wrong when the technology has moved on so much. People don’t go to an audiologist because they can’t hear beeps and tones, they go because they can’t communicate, and the most important part of communication is speech.”

Speech audiometry tests a patient’s facility for identifying words. “Initially the patient is asked to repeat monosyllabic words like cat, sat, sit, which are short and out of context, so there are no clues. What the patient repeats is normally exactly what they hear, so it is a very accurate test. We also check the physical condition of the middle ear during initial consultations and use microscopes to examine the area very carefully. We need to make sure that nothing is wrong that we might need to refer onwards, as there are some medical conditions that manifest themselves in the ears.”

Although not the whole story, hearing aids are often an important part of the solution to hearing impairment. But fitting a hearing aid is not as straightforward as fitting a pair of glasses.  “If the solution involves some kind of hearing system, we will fit one, but it won’t be a case of simply putting on the hearing aid and saying, ‘How does that sound?’” Adam explains. “We know the environments that they have had problems with, be it in the theatre, the office, a restaurant, chatting with friends, and we re-create those environments here using speakers and sound files. We then do independent verification of what the hearing system is doing. We will place tiny microphones in the ear before fitting the system and then introduce a series of set sounds, be they speech or background noise, and measure what is happening at the eardrum level. This gives us a very accurate measure of what the system is delivering to correlate with what the patient tells us they are hearing. When they leave we will get them to keep a diary, or fill in a structured questionnaire about when they are hearing well or not so well. We may ask them to pay particular attention to those problem areas they identified when they first came in.”

Adam also points out the importance of managing the expectations of both the patient and their family. “It is important to recognise that we don’t hear with our ears, but with our brains, and this could be the first time in a decade or more that the brain is getting this level of sound information. Like any other under-used muscle, it will be a bit rusty. It will take a while to reconnect with the improved signal and translate that into improved understanding.”

In many cases, prevention can be better than cure. “I would say that for anybody who works in a job which could put their hearing at risk, it is important to have a test in order to establish a baseline,” says Adam.

“It means that if they develop concerns they have a reference point to check their hearing against. Musicians are a good example. They can get very worried and upset if there is a hearing issue to be addressed. Some feel their career is on the line, while others might worry about a loss of confidence from their peers. An annual check would catch any potential issues early. It’s possible to conduct tests with sound frequencies beyond those used in speech. If we spot a developing problem at those frequencies the only thing we might have to prescribe is a change in behaviour to alleviate the issue.”

But for those people whose hearing is not at particular risk, the question is, what signs should they look for, and what should we do when we find them? “There are signs—they might begin feeling more fatigued or comment that people around them are not speaking clearly. They might start to avoid certain situations. And if any of this is happening, they need to be quite honest with themselves and it is probably a good idea to have a hearing test. If you recognise these traits in others, you have to be very careful about how you broach the subject, because often if you tell people they have a hearing loss they tend to immediately go onto the defensive. Maybe suggest that you know someone else who was having similar issues and that they had a hearing test. Either way it is better to do something—we can now do much more than many people realise to improve their communication abilities after some hearing loss.”