Why treat a hearing loss

Hearing loss is a communication problem which impacts on important connections with our loved ones, friends and the world in general.

There are many negative emotional and social consequences associated with untreated hearing loss which include:

Hearing is your connection to the world. You can only gain from taking action and improving your hearing. The benefits are priceless:

“Hopefully this study will contribute to breaking the stereotypes we have regarding ageing and hearing impairment”, says Professor Helene Amieva, a leading researcher in the Neuropsychology and Epidemiology of Ageing at the University of Bordeaux, France.

In this interview with the Eriksholm Research Centre, Professor Amieva discusses her 25 year study that shows that active use of hearing aids reduces the risk of accelerated cognitive decline.  It is well documented that untreated hearing conditions can lead to an increase in anxiety, stress, depression, poorer communication and eventual isolation. Hearing aids used as part of an individualised treatment plan can help to manage the negative effects of hearing loss and reduce accelerated cognitive decline.

View our infographic  Read the study

“I think one doesn’t know one has a problem until told about it by ones nearest and dearest. I suppose, on reflection and looking back two or three years, the television was often turned up louder than my wife, Jan was comfortable with and it was becoming evident that it was an increased effort to speak to one another if we weren’t in the same room – shouting down the hallway became the only option.”

I was aware that I was missing things being said amongst my group of friends, when we finished playing golf for example. I was nodding and smiling, hopefully at the right points. I think you do this without even thinking about it, until one day a relative said; we actually think you’ve been missing things for too long John, there is a problem.

“We got in touch with Cubex, an audiology clinic; it’s a centre of excellence. My audiologist must have spent a good hour with me, talking about the process, getting out of me the truth and how I felt about my situation.”

Although John was overwhelmed by the results, he was ready to accept change and excited to see how his life might improve. A treatment programme was designed around John and his significant other, wife Jan.

“Ever since starting this process with Cubex, I haven’t looked back. Communication with my groups of peers is so obviously enhanced. Here at home, Jan and I now talk without shouting down the apartment.” “Everything I hear now is fresh, sharper and most people are amazed that I have a hearing loss.”

“My experience has been superb from the moment I went in to see my audiologist. The change in my lifestyle has been amazing. Getting out of bed, I start the day by switching on….. It’s almost like I’m saying ‘hello hearing, I’m back in the world again!’…. It is incredible.”

I am very happy indeed with my decision to be with Cubex and yourself, particularly, as my audiologist. Trust, sincerity and honesty are irreplaceable. –  Johns e-mail to his Cubex Audiologist 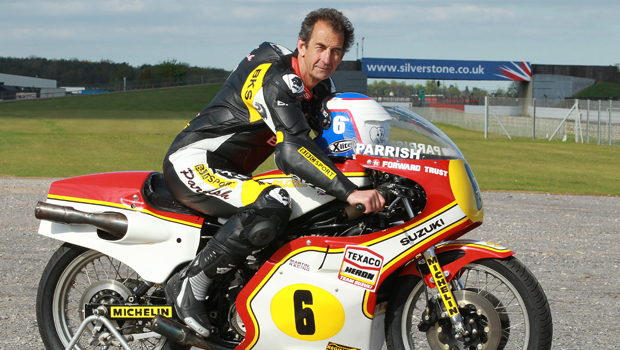 FORMER motorbike racer Steve Parrish used to pride himself on his ability to tune engines but he had no idea that constant exposure to his bike’s roar would give him long-term hearing problems.

I remember revving up my Yamaha bike, which without a silencer is about 125 decibels. Not wearing earplugs was natural because I could hear exactly what the engine was doing.

He only realised the extent of his noise-induced hearing loss (NIHL) when he retired from the sport years later. “I was only 32 but had lost 30 per cent of my hearing,” says Steve, who is now a BBC motorsport commentator.

Steve is one of 180,000 people in the UK aged 35 to 64 suffering with severe hearing difficulties due to noise at work. Yet he was only alerted to the dangers of going without earplugs in 1987 at the end of his career.

“I was surprised that I could have hearing issues at 32. I started wearing ear defenders there and then,” says Steve, who soon swapped bikes for truck racing, claiming five world titles driving the giant lorries.

His hearing loss became a daily annoyance. “I struggled with high pitched sounds, such as an alarm going off.”  It also affected his job as an expert witness for motor racing accidents. “I’d sit in court struggling to hear what lawyers and judges were saying,” he says.

Steve says: “It took a few days for me to get used to the hearing aid but it has made living my frantic life much easier. I can even hear the clicking of the indicators on my car.

To those worrying about wearing a hearing aid I’ll say this, if you don’t do it for yourself do it for your friends and family because not having to constantly repeat themselves makes their lives a whole lot easier too.

After 35 years of struggle, Caroline finds her solution 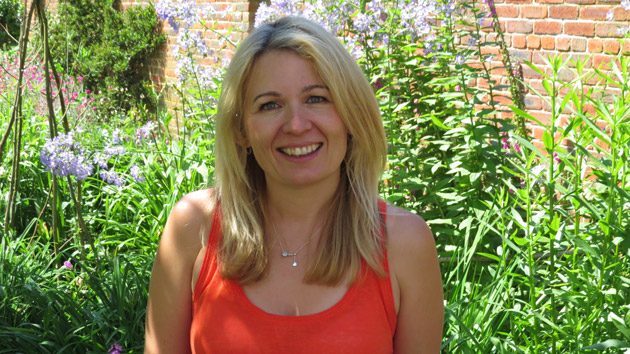 Caroline Gooder runs a successful fine wine company with her father and was diagnosed as profoundly deaf in her left ear and hard of hearing in the right when she was two years old.

Though I struggled to hear all these years, I always accepted there was nothing that could be done and got on with my life.” She was never advised to seek help after being told ” there wasn’t anything suitable for your condition”.

Caroline spent her childhood struggling to hear the teachers at school and later on, straining to hear colleagues and friends when they were in pubs, restaurants or clubs.

“You’d miss sounds like the door bell going, the phone ringing or simple things like beeping noises. You don’t hear cars on the road and have to really look so you don’t get run over. ”  People say “did you hear that?” …“no”. You become a nodding dog hoping that at some point you’ll pick up the gist of the conversation and understand what everyone is talking about,” says Caroline.

“My partner said I would shout out randomly “he said what?” or “did they?” It’s clearly a subconscious thing as I always mishear what people say and I try and pick up the conversation with random questions. He’ll reply “I was talking about how I need to do more exercise “or” what time we need to leave.” Nothing to do with he or they,” she continued.

After a strong cold, Miss Gooder asked her doctor for another hearing test as she hadn’t had one for ten years. The GP was reluctant to recommend a hearing test only because Caroline had been told before she can’t be helped..

She was eventually referred to the NHS, however, she did not experience any significant benefit. She was fitted with an NHS aid. “I lasted about a week with it and threw it in the kitchen drawer.”

Caroline was then referred to Cubex by a friend. “I told him about my experiences and he said I had to visit Cubex they had really helped him and his father.”

Having had such negative experiences, her first appointment at Cubex was quite an emotional one. “I’d gone there expecting nothing and came out assured that they could help me improve my hearing. First thing I would say about Cubex is how you are made to feel so welcome and at ease.

“Since birth, I have been living my life without help and to start now was a big step. Adam spent a lot of time with me. He did a series of tests. He used a simulator to mimic my hearing loss and my partner was amazed that I couldn’t hear the percussion. He developed a personal hearing care plan based on my lifestyle.”

That first week was a revelation; I was picking up so much more, hearing so many things, my brain had to work overtime. It was amazing! As we left Cavendish Street, Mum and I walked along Oxford Street and I could hear people chattering at the side; I could hear more road noises, I walked purposely on my mother’s right and I could hear her speaking. It felt like everything was new, friends have said that I no longer strain forward to hear them, my brother said I looked more relaxed and my boyfriend says he’s relieved he doesn’t have to repeat himself.

“I started to learn French, it’s something I have always wanted to do but have struggled with as I’ve not been able to hear the nuances in the words and sentences. I can drive the car without my passenger fearing for their life and chat to them keeping my eyes on the road! I now enjoy my life to the full!”

Next page: when is the right time for a hearing check?